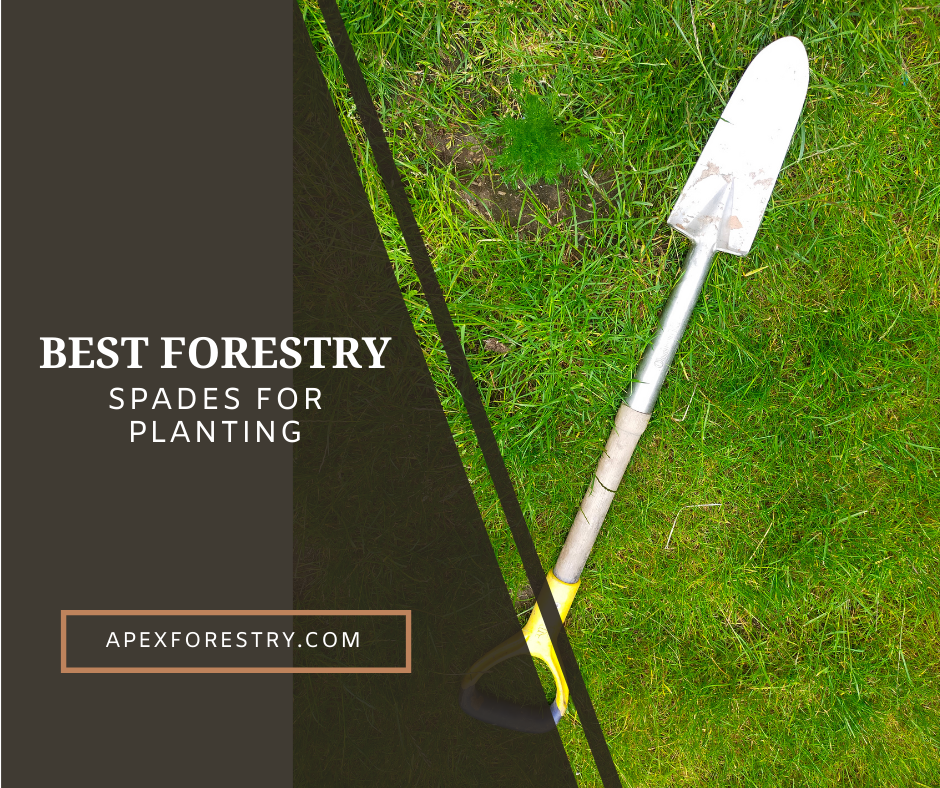 The best forestry spades for planting

There are clear best forestry spades for planting any kind of tree. They are not your regular garden spade, they head of the spade is much smaller and curved to cut the ground much more easily. The same spades are used throughout the year and on all different kinds of terrain. The only time these bad boys won’t work is in extreme cold temperatures. The best forestry spades for planting look like this.

The planting spade above is a bit grotty from planting in wet conditions. The mud gets clingy buy you just give it a good whack off the ground or an old tree stump and it should fall off.

The below is a regular garden spade, and below that is a forestry planting spade. You can see there are some major differences.

Buy A Planting Spade on Amazon

The typical garden spade is squared (well, rectangle) and is fairly wide. A good forestry planting spade is small in width and narrows off to a rounded end. This makes it much easier to slit through the grass. The size of this spade is not an issue, because the forestry trees you will be planting are small. They will usually come in cells, grown in puts basically and restricted to a root size of about 3cm by 3cm. This is a rough guess, I have never measured them.

As you can see from the above image, there are more than just one type of forestry planting spade head. The idea behind them both is the same. They are small enough to cut a slit in the ground, you then push the spade back and forth to make a wider hole and slide the roots in. The spades are the perfect size to be able to plant with speed using this system.

In the UK we think the best forestry spades for planting are the same height as a regular spade. This is because we quickly put the tree in by hand and stand back up and seal the plant with a kick or a stamp. In Canada they use short spades to plant.

Buy a short spade on Amazon

Below is just for comparison, you can see the size difference between the three spades I’ve used in the examples above. The planting spades are much smaller, easier to carry around and slice the ground really well.

1 thought on “The best forestry spades for planting”